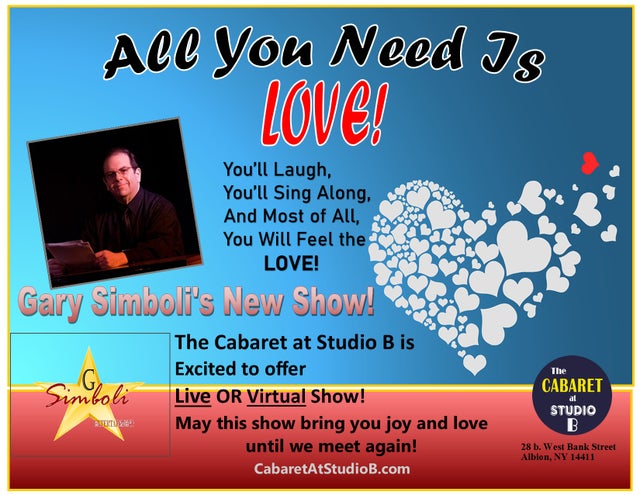 Learn how by clicking https://www.cabaretatstudiob.com/how-do-virtual-shows-work.html

"All You Need is Love" or "Musicals and Mischief!"

Tickets $14 each: Complimentary soda, tea, or coffee at our live shows

serious and fun Love Songs of your life such as: At Last, Orange Colored Sky,

Ring Them Bells, Moonlight in Vermont, and many more!

halls throughout the East, including the famous 'Don't Tell Mama' cabaret in New York City. You'll thrill to his incredible theatrical voice as he sings the hit songs of some of the most popular musicals he has directed, such as: Summer Nights, Climb Every Mountain, and so many more!